Bishop Donaldson, Pastor of the Greater Pentecostal Temple, is widely recognized as a community leader, preacher, teacher, and educator. His standing as one of the Pentecostal Assemblies of the World’s dynamic ministers of God has been matched by his status as a community leader — taking steps to improve economic development and urban policies within the greater Kansas City area. 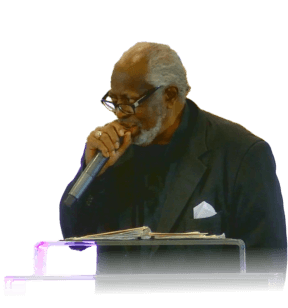 The growth pattern of the church enabled Bishop Donaldson to build a new edifice which is currently valued at over $3 million. A non-visionary person would be skeptical to begin an enormous undertaking of expanding a church to prepare for the “masses.” But not Pastor Donaldson! This man of God had a vision to add to the present building and to construct a larger edifice to worship God. With this vision in mind, Bishop Donaldson shared the plan with his members, saints, and friends. In 1993, the pastor and congregation broke ground to expand the current structure. The leading and inspiration of God directed this minister, together with his congregation, to take down a wall and expand the church which is located in the heart of Kansas City, Kansas and articulates beauty and quality. The Greater Pentecostal Temple has become a source of inspiration and pride, starting with 45 members and has grown to over 2,500. 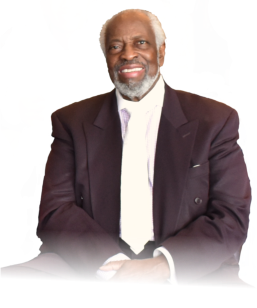 Pastor Donaldson accepted Christ over 57 years ago while attending ElBethel Pentecostal Church under the pastorate of the late Bishop W.H. Davis in Springfield, Ohio. His family left Springfield for East Chicago, Indiana in 1951 where Bishop Donaldson attended elementary school, high school, and later the University of Indiana and Moody Bible Institute.

In 1969, while attending Morgan Park Assembly, Chicago, Illinois, under the leadership and guidance of the late District Elder Herbert C. Moore, the Lord called him into the ministry to preach His word. After serving in numerous positions within the church and district, with the faith of Abraham, willing to be led by God, he began to serve as a full-time National Evangelist spreading the gospel.

In May 1976, the Lord spoke to the late Pastor L.I. Hornbeak and she asked Bishop Donaldson to be her Co-Pastor. In September 1978, he was chosen to succeed her in the Pastorate of the church and moved to Kansas City, Kansas. The Official Board and members held installation services for Bishop Donaldson on November 5, 1978.

Throughout the years, Pastor Donaldson’s burden for the work of the Lord has not been confined to one area. He has served in a variety of community related capacities — always identifying with the needs of the people and their spiritual and natural problems. New programs have been implemented at the Greater Pentecostal Temple which provides a range of services to the community at large. Some services now available are the Outreach Ministry (which contains the church’s Prison Ministry Program), the Christian Fellowship for Recovering Alcoholics and Addicts, the establishment of the Lady Donna Memorial Health Screening Center.

He is a three time recipient of the 100 Most Influential African-Americans award in the Greater Kansas City area presented by the Kansas City Globe. In 1997, he was selected to serve on the Hepatitis B Task Force sponsored by the Honorable Mayor Carol Marinovich-Johnson and Honorable Mayor Emmanuel Cleaver; a former member of the Kansas City, Kansas Planning Commission; Special Advisor to the President of Donnelly College, a past member of the Board of Trustees for the college. He served as a member of the Executive Board of the Black Health Care Coalition; past-President and member of the Board of Directors of the Substance Abuse Center of Eastern Kansas; Served on President Clinton’s Empowerment Zone Commission and is a board member of Derrick Thomas’ Third and Long Foundation.

The Greater Pentecostal Temple continues on its way to great things under the dynamic leadership of its anointed Pastor, Bishop Marvin E. Donaldson.